Monday afternoon on my way home from work at the Columbia Daily Tribune I stopped at the nearest grocer to pick up a few items. I hadn’t planned on buying a card. It was one of those “Pages of Time” booklets; the ones that have nostalgic news from the year you were born. In the last few days I’ve poured over reference books at My Favorite Non-Home/Non-Church/Non-Work Place in  Columbia — the Columbia Public Library — and checked out some books and DVDs simply to get “in touch” with daily life in 1944-45 in the U.S.A., and more specifically Natchez, Miss.

But when I stumbled onto the display rack of greeting cards and “Pages of Time” booklets, there it was: “Your Special Year: 1945.”

When I checked out, the checker scanned the  little booklet and asked — oh, you knew she’d ask, didn’t you? — “Are you getting this for someone special?” Instead of simply saying, “Yes,” and hoping she wouldn’t ask, “Who?,” I answered, “No. It’s for me.”

Here’s a sampling of some other resource material that I’ve consulted or continue to consult: “Natchez,” by Harnett T. Kane; “Since You Went Away: World War II letters from American women on the home front”; “Coming of Age in Mississippi,” by Anne Moody; “The Girls That Went Away,” by Ann Fessler (you might recall that one of the “Dixieland” characters is named Doris Fessler); and correspondence with an elderly woman who was “incarcerated” — her words — at the King’s Daughters Maternity Home in Natchez, and with someone from the historical society down there in Dixie; and a couple of DVDs on the war that give insight into life on the home front.

And for my listening pleasure, to put me in the moment of the era, I checked out the CD “Your Hit Parade: 1944.” Any of these names ring a bell? Judy Garland, Bing Crosby, The Andrews Sisters, Jimmy Dorsey and His Orchestra. Duke Ellington, Guy Lombardo and His Royal Canadians. Dick Haymes and Helen Forrest, “It Had To Be You.”

And I’m going to give away a secret that extends from “Dixieland” into “Chasing The  Devil,” the second part of this trilogy that doesn’t occur until 1990. The reason that Edna Mae Ferguson celebrates Christmas in July … well, you’ll have to wait to read “Dixieland.” Her husband, Alvie, is a POW and Edna Mae has fled to Kentucky when Christmas 1944 rolls around. And speaking of Christmas, Bing Crosby’s “I’ll Be Home For Christmas” was recorded in 1943; “White Christmas” was recorded in 1942.

Imagine my characters hearing those songs on Dec. 24, 1944 — Alvie in a POW camp, Edna Mae away from home in the hills of central Kentucky. Oh, yes, the theme music for the creation of “Dixieland” is most appropriate.

So here’s a final reminder to myself and all other aspiring WriMos. As we plot, scheme, write and flow from scene to scene, these three things are essential — absolutely vital — to making sure that what we write is something that will connect with readers:

– Conflict. My outline and character sketches have the word CONFLICT somewhat randomly inserted, in ALL CAPS, as a constant reminder that without conflict, rising tension and a story arc that incorporates lots of conflict and tension, I might as well be writing a grocery list.

– Hopes, dreams, wants and fears. What do my characters want? What are their dreams? Ooh: What do they FEAR the most? (Being alone? Not measuring up to a demanding parent/teacher/friend?) What makes them hold out hope for … Racial equality? A lover’s reunion? Forgiveness?

– Breadcrumbs. As a reader, I want to feel like I’m part of a character’s voyage of discovery, and I can follow breadcrumbs that will lead me to AHA!, I saw that coming, and other breadcrumbs that … sort of … trail off — but not to the extent that I feel insulted by the writer, especially when I see the main source of the seemingly irrelevant crumbs in the climactic scene. As the writer, I need to deliberately drop breadcrumbs without making it look deliberate.

Twenty-four hours from the big start. Thirty-one days from saying, “I did it.”

NaNoWriMo: A chapter a day for 30 days

Forty-eight hours from now, the 30-day writing madness known as National Novel Writing Month begins. My 2012 project, “Dixieland,” has a rudimentary outline and a character list that rivals anything James Michener ever wrote. (Well, just the list part, not the actual writing of a sweeping saga, a la Centennial, Texas or Alaska).

Monday night I expanded by outline to include a theme and subject for 30 chapters. If I can complete a chapter a day, and follow the outline, then I’ll have a mostly-completed novel at month’s end. However, I fully expect that as the characters take on lives of their own and begin talking among themselves, they’ll quite possibly hijack the project and lead it off down a road or roads that I hadn’t expected.

And you know what? I’m okay with that, because if my plotting follows the plodding that I just went through to list 30 days, then that means I’ve already inflicted on “Dixieland” all the creative energy that the book is going to get.

And that would be a very bad thing.

Even now those characters that I’ve created — some only by name, others with cool back-stories — are convening, scheming and preparing to ambush my plan.

Brief background: “Dixieland” takes place during 1944-45 in Natchez, Miss., and the fictional central Kentucky town of Silverdale. Seems odd, I suppose, that a male writer would have a female protagonist, but almost every story/unfinished novel I write has strong female characters: protagonist AND antagonist. With “Dixieland,” it’s World War II, so we know a great many women were the ones keeping the home fires burning, so to speak.

With only four days remaining until National Novel Writing Month – when we embark on a 30-day quest to write 50,000 words – here is the cast of characters for “Dixieland.”  They all live in my head; some will come to life in the story. It’s possible that others are just part of back stories that won’t be told but are integral to me understanding my characters.

There you have it as the cast of characters stands so far. It’s not too late to suggest a sheriff of Adams County, a sibling or two for Edna Mae, Alvie’s favorite nephew (give me a name), and so on. Don’t be shy. Comment with the first fictional character that comes to your mind.

Here’s what I posted last night as my novel info for National Novel Writing Month, which launches in Columbia at midnight Nov. 1. There’s a large group meeting at Country Kitchen at 10 p.m. Halloween night, and when the clock strikes 12, we’ll start writing/typing and the 30 days of madness begins! Tomorrow I’ll introduce you to some of the characters that will breathe life into “Dixieland,” a spiritual/religious/historical fiction novel set in the Deep South, Natchez, Miss., 1944-45. 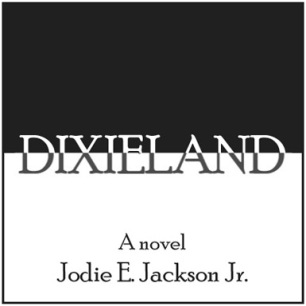 Feeding stray cats and taking in a “retarded” boy and a blind girl crippled by polio made townspeople in Natchez, Miss., view Edna Mae Ferguson with pity, but when she shelters unwed black women, she becomes a pariah, not simply a young woman coping with her husband’s status as a POW in World War II Germany. When hidden details of an unspeakable act against her are revealed, Edna Mae flees for her life, leaving behind her beloved “strays.” The journey uncovers sinister family secrets and the birth of a faith that propels her courageous return to Natchez to seek redemption.

6 Jan. 1945
The Secretary of War desires me to express his deep regret that your husband, Major Alva Ferguson, has been reported missing in action since 26 November over Germany. If further details or other information are received you will be promptly notified. Office of the Adjutant General.

Throw them under the bus

One of the many interesting aspects of my job is the role of unofficial cliché and jargon czar in my part of the Columbia Daily Tribune newsroom.

“I need a cliché ruling,” city reporter Andrew Denney announced this morning. The cliché that popped up in a story he was writing: “Behind the curve.”

My immediate ruling: No.

(Let’s chase a rabbit here for a moment — oops!, there’s a cliché — and talk about the fifth word of this post: interesting. The word has become cliché simply from overuse and laziness. As in: “Election Day will be interesting.” “I don’t know who the Cardinals will try to sign this winter, but it’s going to be interesting.” “It’ll be interesting to see how much snow we get this winter.” I think “interesting” has become tired, a word we throw in to complete a sentence to avoid actually completing the sentence. I’m not suggesting we ban the word, but what do you think? Is the word overused and abused? I’ll be interested to hear what you think. I also don’t like the word “robust” for the same reason. Not everything is really all that interesting, and not everything is robust, as in, “the results of a robust study,” “we had a robust breakfast of toast,” or “we need a more robust definition of robust.”)

I mean, some words just ooze with pretentiousness. For instance, “robust.” I just don’t like it.

And did you catch my lead-in to that last sentence? “I mean.” It is NOT a robust phrase, but it is horribly, grossly overused, and is more of a nervous mannerism these days, you know? Once upon a time, “you know” was the phrase of mockery. Athletes are the worst offenders.

Reporter: “That was an incredible performance. You seemed to put your team on your back.”

Athlete: “Well, you know, it’s like this, you know. Coach says we just, you know, we take it one game at a time, you know. And that’s what I do, you know.”

Reporter: “What is it that you do?”

Reporter: “But this is basketball.”

The new annoying speech mannerism is “I mean.” I so wish someone would teach athletes to stop saying it. Listening to their interviews is brutal. Maybe athletic directors can say, “Here’s your full-ride scholarship to attend our prestigious university. Now play hard and, oh by the way, never ever say ‘I mean’ again.”

Reporter: “How are y0u approaching the homecoming game against Kentucky?”

Reporter: “Um, this is football.”

Clichés, repetitive phrases and jargon fill the air, and when it comes to jargon, I have quite a collection. Unfortunately, it often creeps into my reporting, especially when the topic is health care or business. “It was a win-win situation.” Another reporter heard someone at a board meeting refer to “strategic strategizing.” Today I heard a brand-new one: “It’s not either/or. It’s and/and.”

I shared that with city editor Lora Wegman, the one who removes the jargon from my stories with surgical precision, and she immediately tweeted that “and/and” must be eradicated immediately. Now, if I can just use “and/and,” “stakeholders,” “collaborative strategies,” and “low-hanging fruit” in the same sentence, I bet I could make her head explode.

I’m done now, because no matter how much I talk about this, I just can’t wrap my head/brain/mind around it.

I mean, really. You know.

What are your favorite/most despised clichés or examples of jargon? Please comment.